“They are Israelites, and to them belong the adoption, the glory, the covenants, the giving of the law, the worship, and the promises; to them belong the patriarchs, and from them, according to the flesh, comes the Messiah, who is over all, God blessed forever. Amen.” -Romans 9:4-5

The reason that Paul comes up with here in Romans is probably, however, the most compelling reason to reject supersessionism of all:  the Israelites received God’s promises.  If somehow, now those promises are void because of Jesus, how can we really be sure that the new promises made in Christ couldn’t simply be voided by some new promise that comes along later?  Or, how can we know that God’s keeping of God’s promises doesn’t somehow depend on our response (given that it is the response of the Israelites that got them out of a promise, based on supersessionistic thought)  So, well, maybe not NOTHING can separate us from the love of God.

See, the problem is that we believe that the God of the Hebrew scriptures is the same God that acts in Jesus and that makes promises in and through Jesus as Christ, as Messiah.  If that God were to somehow not keep all of God’s promises, then none of God’s promises could be trusted.  The thing is, God keeps God’s promises.  The Church does not take the place of the Jewish people.  The children of Israel are always the children of Israel and are adopted and loved by God.  We, as the Church, get to become adopted too.  We, as Christians, get to experience God’s promises of love, too.  We, as children of God, get to share the stories of faith of our Jewish sisters and brothers and cherish them as our own as well.  We do not, however, get to say that God does not keep God’s promises, because they have been etched in divine flesh and will never, ever be forgotten.  That is the promise that we cling to as people of faith, and without that promise, we might as well not be Christian at all.

This entry was posted on July 30, 2011 by jabbokdawn in Sparks from the Lectionary and tagged abundance, Judaism, promises, religion, trust. 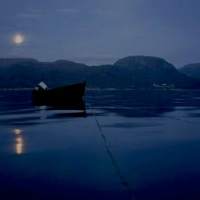