“Put not your trust in rulers, in mortals in whom there is no help. When they breathe their last, they return to earth, and in that day their thoughts perish.” – Psalm 146:3-4

Edit:  I just saw a horrific picture of an effigy of the President lynched and I want to add a few more lines before I begin this.  I really think that there is a whole lot at stake in this election—including basic human rights issues that blood has been shed for for ages and should have been settled long ago.  Sometimes, I can’t believe we are still fighting these battles.  I certainly have a “horse in this race,” so to speak, and have put money up to support campaigns.  I believe who is president will make a difference—a major difference.  But I’m afraid that it will not make as much of a difference as I might dream or hope or pray that it would.  I cannot put my trust in mortal rulers because they cannot transform people.  The heart of this country, the heart of this people—tainted by racism, sexism, heterosexism, and classism (just to name a few isms, a few kinds of hate)—will not be transformed by who is the head of state.  Our hearts need to be bent in repentance as we enter the voting booth.  Our hearts need to be longing for God’s vision as we cast our vote.  Our hearts need to pray “your kingdom come” as we struggle with the politics of our single country and our place in the world.

I suppose that this would be a good time to say: don’t count on whoever wins the election to be a saviour. Obama or Romney are not going to be it.  In fact, there could never be a candidate who would come along and fix it all. But, I kind of think that there is so much cynicism floating around at this point that I hardly need to say such things.

Yet, I wonder sometimes if the cynicism has to do with people thinking that somehow leadership is supposed to have all the answers and is supposed to make everything magically work properly. It’s as though people forget that leaders are just human beings, too. Leaders work with the same broken systems everyone else works with; and, while they get a little more say, it’s still within a system that works just often enough to surprise us. And yet, somehow, we want to put our trust in leaders…

Don’t get me wrong: leaders are important and do good things (and bad things). Leaders help to inspire and provide vision. Leaders can be good at bringing people together to do things. Leaders can be charismatic. Who is elected to be president makes a difference. Who is the leader can make a big difference! But leaders still aren’t perfect. Nor are they miracle workers. Nor can they do anything that they do without the community working too. And none of us, even working in complete concert with one another, would be able to do anything at all without the love and power of God.

So let us pray as we vote: for God’s will to be done in this world and for God to give wisdom to whomever is elected and to all of our leaders: from the president of the United States to our church councils. From the House and Senate to our community developers. From the State governments to our local school boards. May God pour out God’s vision and God’s wisdom on all of them so that good may be done in this world.

Unlike this blog (I think), I use this image with a bit of sarcasm. I’m not interested in re-establishing some sort of lost Christian Nation that we’ve never been.  Besides, I honestly think if Jesus was President, we’d just crucify him again. I think the radical rabbi was a better prophet than a priest, a better challenger to power than a holder of worldly authority. Besides, I don’t think he’d ever run. He told Pilate his kingdom was not of this world and when the devil tempted him with ruling every government of his age, he told the tempter to, well, go to hell.

Of course, it’s not to say I don’t like Jesus’ politics (as opposed to some politics that have been baptized as “Christian”). In fact, I hope to make Jesus’ commitments to people, community, and life central to my very being. I encourage you to read Shane Claiborne’s post on why he claims: “Enough donkeys and elephants… long live the Lamb.” Jesus for President—2012

This entry was posted on November 5, 2012 by jabbokdawn in Sparks from the Lectionary and tagged cynicism, election, hope, leaders, leadership, politics, psalm 146, religion, trust. 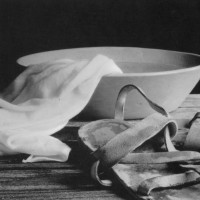