I’d say that God is a God of second chances; but, besides it sounding a little cliché, it might give the impression that God gives us a restart so that we then can somehow become perfect the second time around.

To be fair, it is quite true that God is a God of second chances.  God is a God of abundant grace so that when we screw it up, God forgives, God restores, God brings healing, God brings transformation.  And, indeed, forgiveness doesn’t (and shouldn’t) leave us where we were (cause, well, then, what would be the point). No, forgiveness moves us toward new creation.

“I’m steeped in sin from my mother’s womb,”  the psalmist laments.  And I’m not going to get it right.

We are all broken people and if the goal is that we’ll some how get it right or do better or live good lives because God gave us a second chance, I think we might find we need a God of second and third and fourth and fifth and nth chances …. which, I suppose, we do.

We need to regularly (sometimes more often than other times …) pray that God create in us a clean heart and renew a right spirit in us.  We need a God who can give us infinite grace.

But I guess my concern is how much this cycle of trying to get it right and then asking for forgiveness depends on our goodness and our good work.  It seems like the ultimate goal of this is that we somehow get it right rather than maybe God being good or making it right.

So maybe I’d rather say that God is a God of reclamation projects.  Which certainly has a “second chances” kind of feel about it, but it’s sort of different, because, well, the stuff that is reclaimed by artists and such doesn’t somehow become “perfect.”  Instead, the stuff that is reclaimed is used in a new way so that its brokenness, its “junk” status, its “less-than” value is made beautiful and useful and new.

It seems like that’s more like what God does with us.  God reclaims us.  Over time, God creates in us new hearts through God’s grace and takes what is less than perfect, less than whole, and less than valuable and makes those things useful and beautiful and part of the new creation.

So, maybe rather than focusing on what we might do right the second (or third or fifteenth) time around, it would be wise to consider:  what broken thing about us is God ready to use to help heal the broken world?

Featured Image:  A photo of the sculpture “Albatross” by  Sayaka Ganz.   This is what she has to say about her sculptures:

I only select objects that have been used and discarded. My goal is for each object to transcend its origin by being integrated into an animal/ organic forms that are alive and in motion. This process of reclamation and regeneration is liberating to me as an artist.

Building these sculptures helps me understand the situations that surround me. It reminds me that even if there is a conflict right now, there is also a solution in which all the pieces can coexist peacefully. Though there are wide gaps in some areas and small holes in others, when seen from the distance there is great beauty and harmony in our community. Through my sculptures I transmit a message of hope.

This entry was posted on September 12, 2013 by jabbokdawn in Sparks from the Lectionary and tagged brokenness, forgiveness, god of second chances, grace, healing, hope, new creation, reclamation. 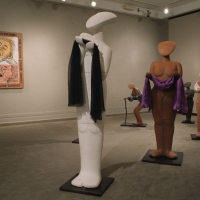 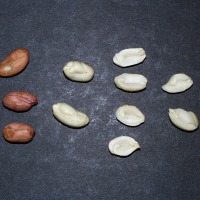