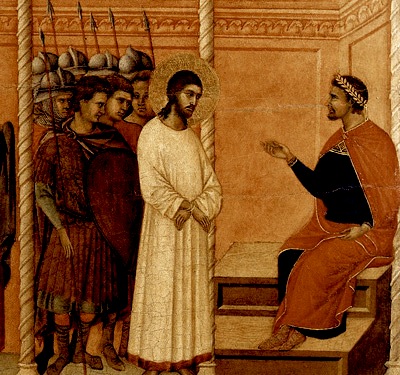 …So, in 1922, Pope Pious XI declared this Sunday, the last Sunday of the church year to be Christ the King Sunday. It is the youngest of the church’s festival days.

The church added this day just four years
after the end of World War One
after Europe had been so deeply divided by Nationalistic fervor
and allegiance to country
that they had been willing to kill each other in trench warfare.

The church deeply felt the wounds of this nationalism
as fellow brothers and sisters in Christ—people who
had all knelt at the table to receive bread and wine
People who called themselves “Catholic”
had ended up on opposite sides of the conflict.

How does a church that declares itself to be “One” heal from the kind of violence that gets the name of “The war to end all wars” “The Great War” “World War”?
How do you heal the divide that nationalism can cause?
not just within the body of Christ, but also within individuals
whose loyalties are stretched and split along borders?
Whose families lie on either sides of lines that exist only in the collective imagination and are reinforced by, well, force?…

This entry was posted on November 28, 2012 by jabbokdawn in Sermons and tagged allegiance, Christ the King, kingdom of God, loyalties, nationalism, questions, truth, War, What is truth?. 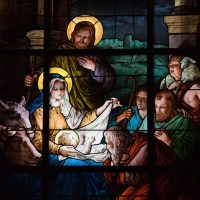